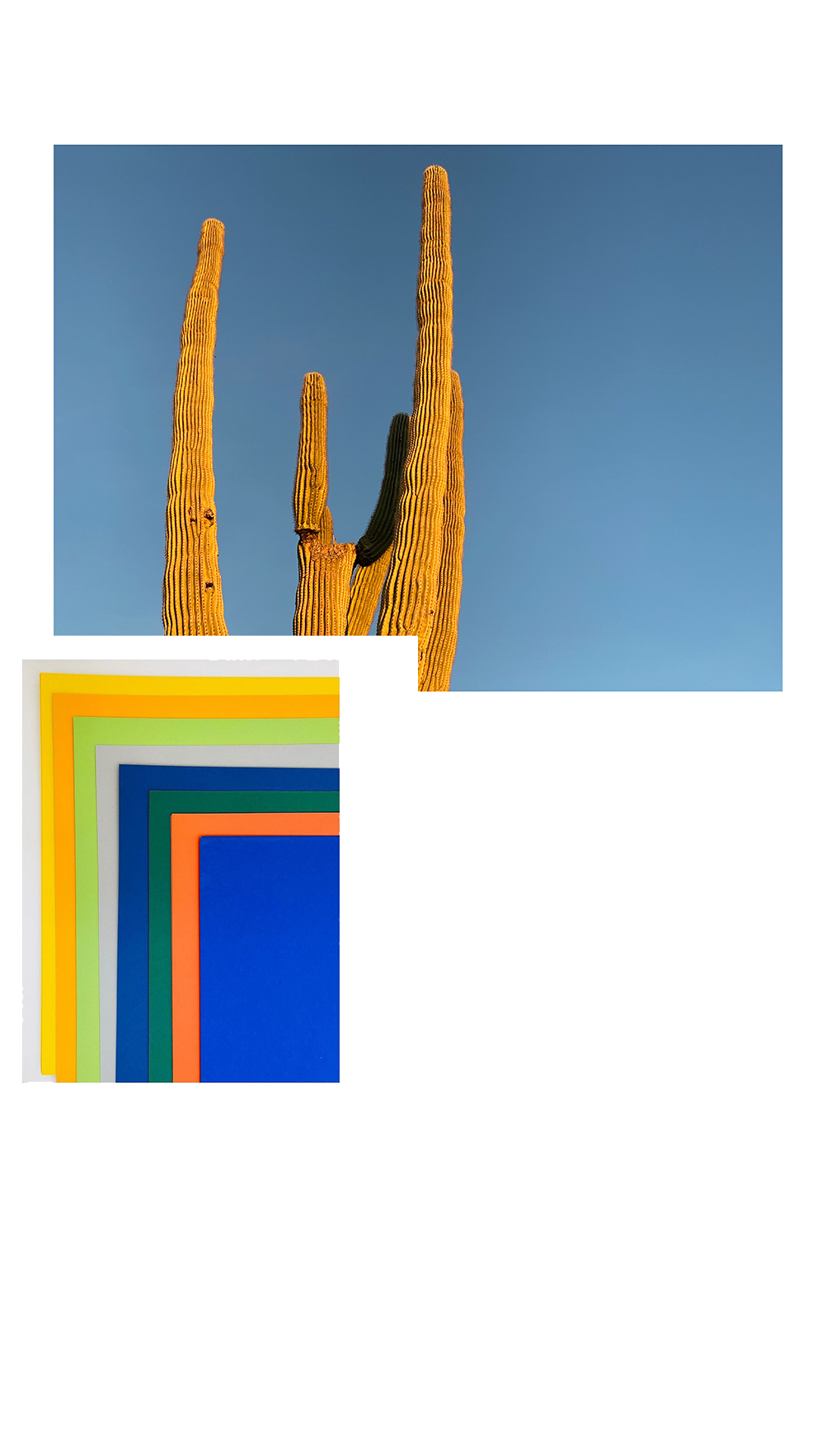 A transplant living in Arizona, Nathen Cantwell studied classic outdoor scenery in the midwest which later became a fundamental influence in his artwork. Nathen captures the unique connection between the topography of his surroundings within the context of identity and emotions. Upon his move from the midwest, Nathen’s aesthetic became more astute, utilizing crisp lines, vast open spaces and layers. This visual language that Nathen creates emphasizes the dichotomy between the desolate and alluring nature of the desert landscape.

A sense of escapism and opportunity are prevalent in Nathen’s recent body of work. As Nathen states, his idiosyncratic method of cutting paper to create collages helps “to quiet myself from daily life through the process of art marking. It’s meditative and explorative.”  Nathen explores the relationship between space and flatness and how shapes can interact within these two spheres.

In a small studio in North Phoenix, Nathen finds himself hand cutting shapes of paper allowing the scissors to guide his process to optimize chance and reject the rigidity of reality.  He then intermingles layers over one another to compose large scale compositions which are not complete until Nathen feels it is done. His palette and combined aesthetic can be viewed as a study of unexpected color combinations and organic forms. Furthermore, his practice of creating negative space, one of Nathen’s more recent tendencies, encourages shapes and colors to interact at full capacity. It is the “sense of space and how an emotion can fill it.”